And so to my home suburb – Yarraville.

The Sun Theatre is probably Yarraville’s best known feature, and although it is a principle of my walk to focus on things that are little known rather than landmarks, I can’t pass by the Sun. For one thing, it is such a beautiful Art Deco building, one of the best in Melbourne. For another, it’s a great story of restoration. The cinema opened in 1938, offering ‘the very latest in screen entertainment’. The walls of the theatre were hung with telegrams from MGM stars, and it was a ritual for Yarravilleans to attend the venue – who wouldn’t, when the choices of the time included Bringing Up Baby with Katherine Hepburn, Hitchcock’s The Lady Vanishes and The Adventures of Robin Hood starring Tasmania’s most famous son, Errol Flynn. It would surely have felt (and still does) much more special to go to such a beautiful cinema than a soulless multiplex. 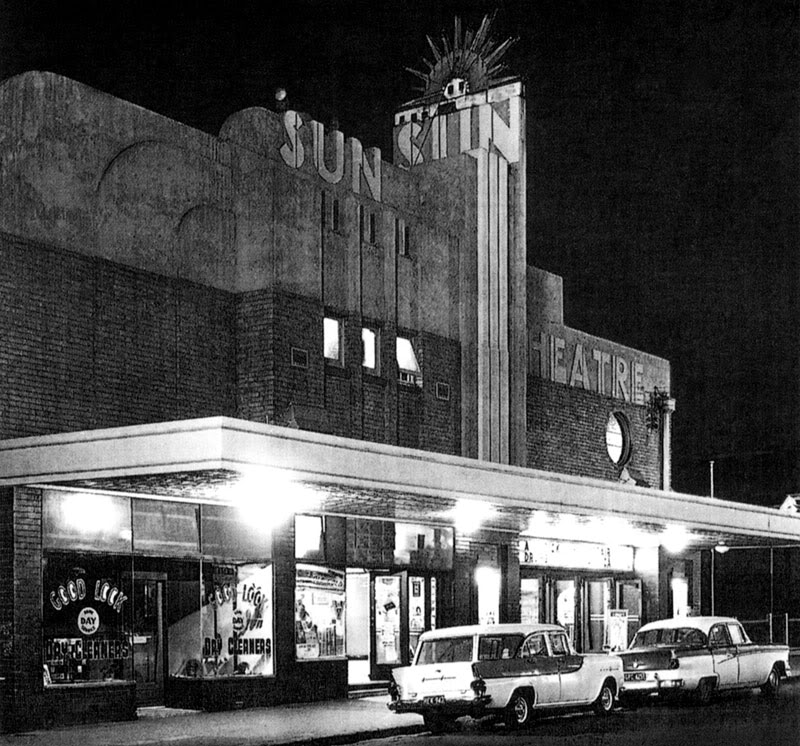 But audiences dwindled when television came in, and the Sun closed down in the 1970s. By the early 1990s, the cinema was abandoned and derelict.

The chances were high that, like everything else, it would be demolished or ‘converted’ into apartments, and no doubt the new owners who bought the place in 1995 could have made some quick money that way. Instead, they set about returning it to its former glory and today, it’s a popular cinema again – and one of Yarraville’s drawcards.

I have only been walking for a few days, passing through only a handful of suburbs, but already I have come across three great restoration projects – the steam train enthusiasts of Newport; the Friends of Stony Creek, and the Sun Theatre. These stories are an encouraging counterpoint to the gloomy tales of greed-fuelled folly, like the Sinking Village.

Part of the point of this project is to get a sense of how people and places constantly shape each other.  It’s possible to find both destruction and restoration within a short space.

From the Sun Theatre I headed down Lennox Street towards Stephen Street, home of the Yarraville Club where former members of 70s bands like Skyhooks and Daddy Cool can be found participating in nostalgic restoration projects of their own. On Stephen Street is another of my favourite buildings, which also happens to feature some excellent old painted signage (ghost signs).

It’s the Yarra Coffee Palace at 95 Stephen Street, built in the late 19th century. These days, Yarraville has dozens of coffee houses, and you can hardly walk ten metres in any direction without being offered a single origin macchiato from the southern slopes of Costa Rica, but coffee palaces in those days were somewhat different. They were established by the Independent Order of Rechabites, a group dedicated to temperance, by which they meant the banning of alcohol. The movement flourished in Melbourne in the 1880s, and coffee palaces were built in many parts of the city. The ghost signs on the side wall, advertising cigarettes and tobacco, must have been added  later on. 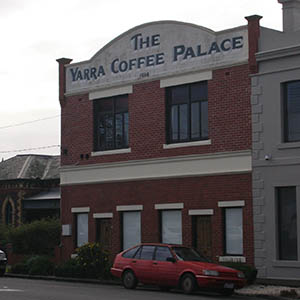 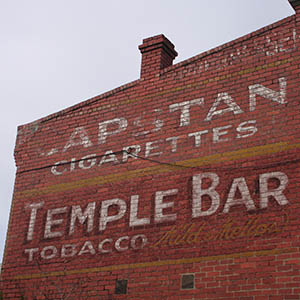 It’s hard to find out much about the early history of the Yarra Coffee Palace, but local writer Lucia Nardo and her family lived there from 1961. Here are Lucia’s memories of growing up in the Coffee Palace.

Map of this walk