Continuing our walk through St Kilda, we turned up Fitzroy Street. For sheer quantity of stories, this is probably one of the richest streets in the Melbourne suburbs. As always, the stories that appeal to me begin with the traces of the past that can be read on the walls.

First we passed Leo’s spaghetti bar, operating since 1956, and said to be Melbourne’s first bistro. It’s the kind of place often lazily described as ‘iconic’, and from a typographical point of view it genuinely is iconic in the sense of presenting a visual symbol. What I like about it is the name ‘LEO’ spelt out in bricks on its facade, as seen below, a fact first pointed out to me by typographer Stephen Banham.

Opposite Leo’s is another Fitzroy Street landmark, the Gatwick Hotel. This boarding house, which like Leo’s has been in business since the 1950s, is in a way a symbol of the transformation of St Kilda. For many years it has been a kind of halfway house for people experiencing difficulties such as homelessness, psychiatric issues and drug problems. The Gatwick has provided a home for them all. 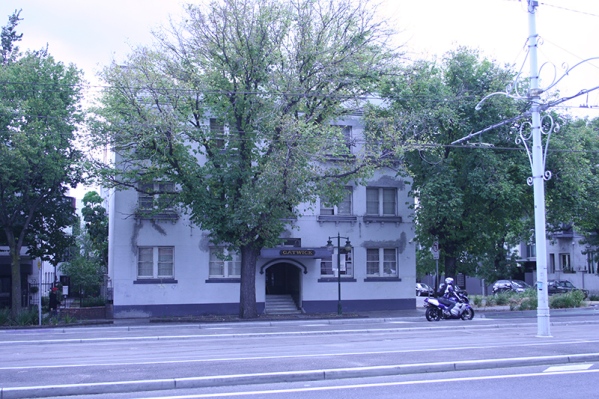 The Gatwick was put up for sale at the end of last year and is likely to be transformed into a boutique hotel, according to this article in The Age.  The hotel is generally described as ‘notorious’ and journalists frequently connect it with crime. However, such things go on in many luxury hotels as well (see this article, for example) – is The Gatwick really any worse?

There are, or were, several other hotels on Fitzroy Street, dating back to when St Kilda was a fashionable seaside resort. A bit further along is a ghostsign for the old Majestic Private Hotel, now converted into apartments. Built in 1912, it was a fairly early example of a high-rise building in Melbourne.

Ghostsign of the Majestic Hotel

Here’s a photograph of Fitzroy Street taken some time between 1920 and 1954. The signage is clearly visible on the wall of the Majestic. On the corner of Grey Street is another famous hotel, the George, originally the Terminus (as it was opposite the station),  with its rounded corners and tower.

Fitzroy Street with the George and Majestic hotels. Source: State Library of Victoria.

In its day, the George was one of the swankiest hotels in Melbourne. By the 1970s, after more name changes, and variously known as the Wintergarden, Crystal Ballroom, Seaview Ballroom or Ballroom, it became a music venue where you could see the likes of Nick Cave and the Birthday Party.

But the glory days of the George passed and now it, too, has been converted to apartments. Around the back of the George these days you find a gallery of street art and ghostsigns.

Street art at the rear of The George

Street art and ghostsigns at the rear of The George 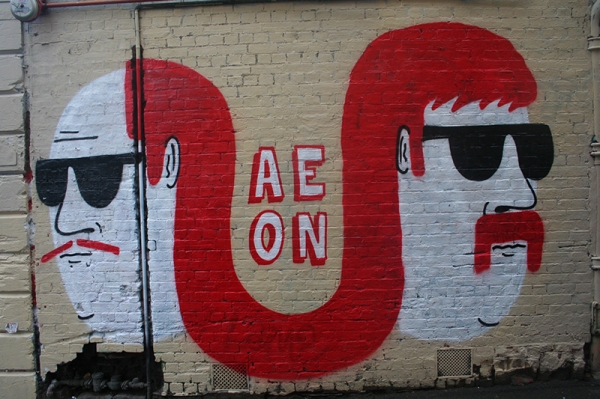 Street art hipsters at the rear of The George

Not far from the George, on Grey Street, is the old Coffee Palace. Numerous coffee palaces – many since demolished – were built around Melbourne in the late 19th century by organisations like the Independent Order of Rechabites. The temperance movement believed that alcohol caused violence and other social ills, and promoted coffee as an alternative. Melbourne today is a city of coffee snobs, so the Rechabites were perhaps ahead of their time in that regard, though I doubt if you could get a cold drip Nicaraguan macchiato in a coffee palace.

Given St Kilda’s later reputation for sex, drugs and rock and roll it’s mildly surprising to find a large building celebrating the virtues of abstinence. Like many coffee palaces, this one is quite architecturally grand. The temperance movement was at its height in the 1880s, also the era of Melbourne’s land boom. In fact the two things are closely linked. They may not have got drunk on grog, but Melbourne’s moral guardians were off their heads on property mania. 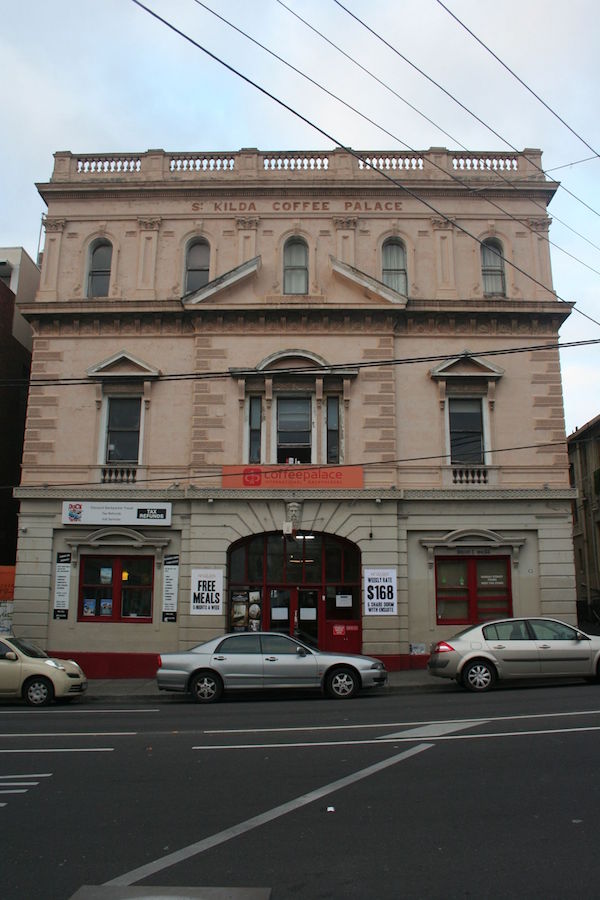 One man who played a leading role in both the temperance movement and the land boom was businessman and politician James Munro. A Scottish Presbyterian, known for his invective and his habit of dancing with rage, he loudly decried the evils of alcohol. Munro made a fortune out of land speculation, and by the 1880s he controlled banks, building societies and coffee palaces. He became Premier of Victoria just as the bubble burst, the banks collapsed and the economy tanked.

Having ruined countless small investors,  the great moralist fled to England to avoid his creditors. When he returned he was declared bankrupt, somehow avoided gaol (as tends to be the case for bankers), died in 1908 and is buried in St Kilda cemetery.

Well, thank goodness you can get a drink in St Kilda these days. On the corner of Princes Street is yet another former hotel, this one built in the 1920s. Its current incarnation is a British-themed pub, The Elephant and Wheelbarrow – where backpackers congregate to meet the cast of Neighbours, that fantasy portrayal of Melbourne suburbia in which everyone is white Anglo-Saxon and it never rains (a scriptwriter for the show once told me he had tried to write some rain into an episode only to have it struck out).

However, this hotel was formerly known as The Ritz, a name which can still be seen in its leadlight windows, as well as on a faded ghostsign around the back.

In 1970, The Ritz was the scene of Melbourne’s first ever drag show, when an entrepreneur named Sammy Lee brought the Sydney troupe Les Girls to perform here. In socially conservative Melbourne of the time – homosexuality would not be decriminalised in Victoria until 1981 – it caused a sensation. Pushing back against the wowsers is more the sort of thing that you associate with St Kilda types, and good on them. What would James Munro have said? He’d probably have snuck in to have a peep. 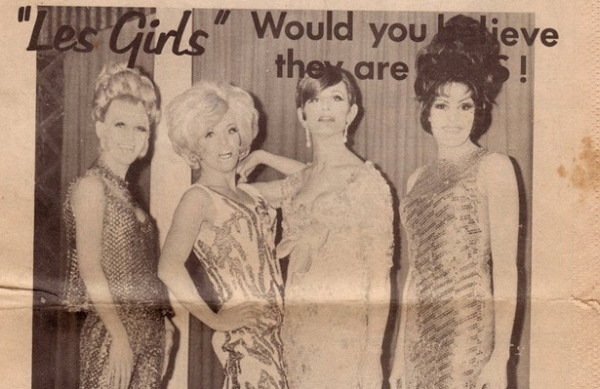 There is a lot of online material about the history of St Kilda. For a comprehensive tour of its buildings and stories, visit St Kilda Historical Society.

More about The George Hotel.

Biography of James Munro at the Australian Dictionary of Biography

A Facebook page, St Kilda Images and Stories, with some great old photos and memories of St Kilda.